SEPTEMBER ARTICLE HAVE A GOOD READ!!! 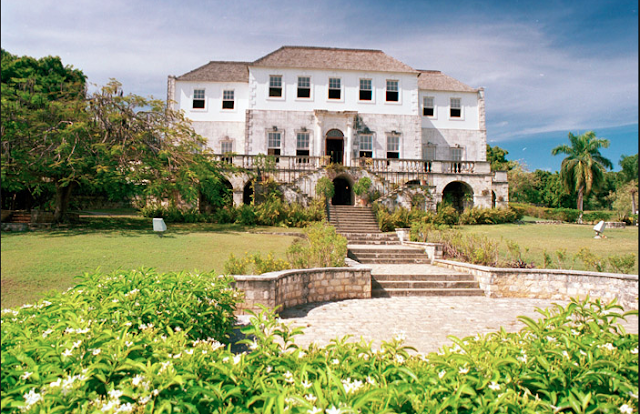 ROSE HALL, on Jamaica’s Montego Bay, is a world renowned golf course with a grim history.  A 6,000 acre sugar plantation in the 19th century, it was the home of Annee Palmer, the infamous  “White Witch of Rose Hall” who, according to legend, cruelly abused her slaves; practised voodoo and murdered all three of her husbands.  Her spirit is said to haunt the estate.  The par 71 course, with 16 of the 18 holes exposed to crashing waves and the tradewinds, is scary enough without a ghostly Annee Palmer drifting across it, but it’s beauty, like Annee’s, is said to be unforgettable.

THE 2015 PRESIDENTS CUP (Oct. 8th) will be played in Asia for the first time at the Jack Nicklaus Golf Club, Incheon, South Korea, with defending champions America fielding a strong team including Zach Johnson, Bubba Watson, Dustin Johnson and Rickie Fowler.  Phil Mickelson is making his 21st consecutive appearance in international team competition, Jordan Spieth is making his third.   The 2013 Presidents Cup rookie now has a star on his dressing room door.  That’s show business.
In the other camp Jason Day, although on brilliant form, can’t win the whole thing on his own.  Branden Grace and Danny Lee have been good but no cigars and neither Adam Scott nor Charl Schwartzel have made banner headlines this year.  Without Rory or Justin the International team are going to need Ryder Cup type inspiration to win this one.

AFTER BEING PIPPED at the post by America in the Solheim Cup at Baden Wurttemberg, the European ladies could have headed a couple of hours down the road to Munich to drown their sorrows at the Octoberfest, which begins, oddly enough on September 19th. Originally held in October to mark a royal Bavarian marriage it was moved to the warmer nights of September.  Suzann Petterson might have cheered up after a Stein of the strong local brew.  Alternatively, after two or three she might not have felt quite so apologetic.

NOT MANY GRANDFATHERS win on the PGA Tour, but 51 yr. old Davis Love III shot a triumphant 64 at the Wyndham Championship, playing the first six holes in 5 under par, and making two eagles during the round.   Love, the 2016 U.S. Ryder Cup team captain who will assist Jay Haas at the Presidents Cup said: ‘It’s fun to still hang in there with the guys.”  There’s still hope for us old’uns.

BROOKS KOEPKA (25) from Florida, provides a great example of the grounding the European Tour offers.  When he turned pro in 2012 he travelled to Europe to compete on the Challenge Tour.  His objective: ‘To become a more rounded player.’

“Going to Europe toughened me,” he admits.  “Learning to travel, manage my time, handle myself on the course, play links golf.  It’s important to be able to perform in different conditions.”  European Tour players have to contend with temperatures ranging from the humid Far East to chilly Scotland, while PGA Tour players can spend much more time in their own comfort zone.  Unfortunately the PGA tour offers the most ranking points and the biggest prizes, but at least Koepka can cope with whatever most courses throw at him.

TAYLOR MADE say their best drivers begin with an ‘R’ so I don’t know why they have called their latest release the ‘M1.’  They can’t be aware it sounds to us like a 1960’s road, in other words, clapped out.
The new Cobra King LTD driver, on the other hand, sounds much more fun.   The first ever see-through driver, featuring a transparent ‘Spaceport’, it has a 16gm removable weight in the head.  A key opens the Spaceport so you can see the innards of the clubhead (should you wish to.)  Alternatively, you can keep your sandwiches in it.  Taylor Made really should keep up.