Seven out of the world's top ten players, including Tiger, Phil Mickelson, Adam Scott and Rory McIlroy will be attending the Honda Classic, which kicks off today at PGA National in Florida.  I'm supposed to be re-seeding the grass but I'm sure I felt a twinge in my back,  unfortunately I may be forced to sit and watch the box.
Posted by Mick The Grip at 10:36 No comments:

All I've got against golf is that it takes you so far from the clubhouse.

The first section was written by Graeme Clark of Canal Print Rioja without whom the hair cut for charity would not have been such a success. You can contact Canal Print at:

Local golfer Mick Reeves - known to his friends as Mick the Grip - recently completed a charity hair cut to raise money for Torrevieja Charity Reach Out.
With the slogan of “Helping the Homeless and Needy” Reach Out try to help anyone in need, irrespective of race, creed or status, by providing basic food, clothes, blankets, bedlinen, household items and furniture and by giving support in every way they can to someone in need.
Reach Out is an entirely voluntary organisation and 100% of all donations benefit the homeless and poor. They are always in need of all sorts of items for babies and children; clothes, toys, shoes, baby food, baby toiletries, in fact virtually anything for children of all ages.
But above all they are in desperate need of money for the purchase of a van to enable them to collect larger items and also assist with deliveries, and it was for this specific purpose that Mick the Grip chose to have his hair cut. His initial aim was to raise 500 euros, but such was the support from local bars and golf societies that the figure swiftly rose to the amazing amount of 1975 euros.
Since the picture was taken even more money has been donated to the cause bringing the total to over 2000 euros, and make the van purchase a certainty rather than just a dream.
Anyone else wanting to make a donation can still do so by contacting Mick via email at mickthegrip@googlemail.com or direct to the Outreach Centre which can be found at Calle Bella Antonia 1, local 5 in Torrevieja.

I would also personally like to thank Nicky and her staff at the "Cut Above Salon" Villamartin Plaza for providing the facilities for the haircut and doing such a great job.

Nicky has now moved next door into the "Skin Deap Studio" where she can offer more facilities in bigger premises. As well as having your hair cut and styled (ladies and gents) you can have your nails done, beauty treatments and tattooing.

The photos show Yvonne the fundraiser from "Reach Out" with the cheque, Nicky from the salon and pictures of the old and new premises at the Villamartin Plaza. 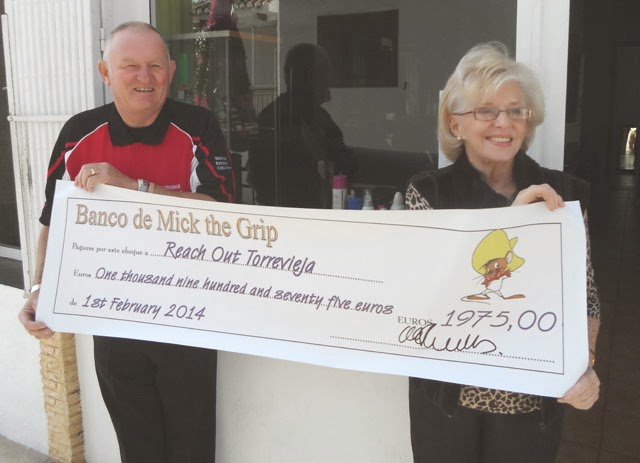 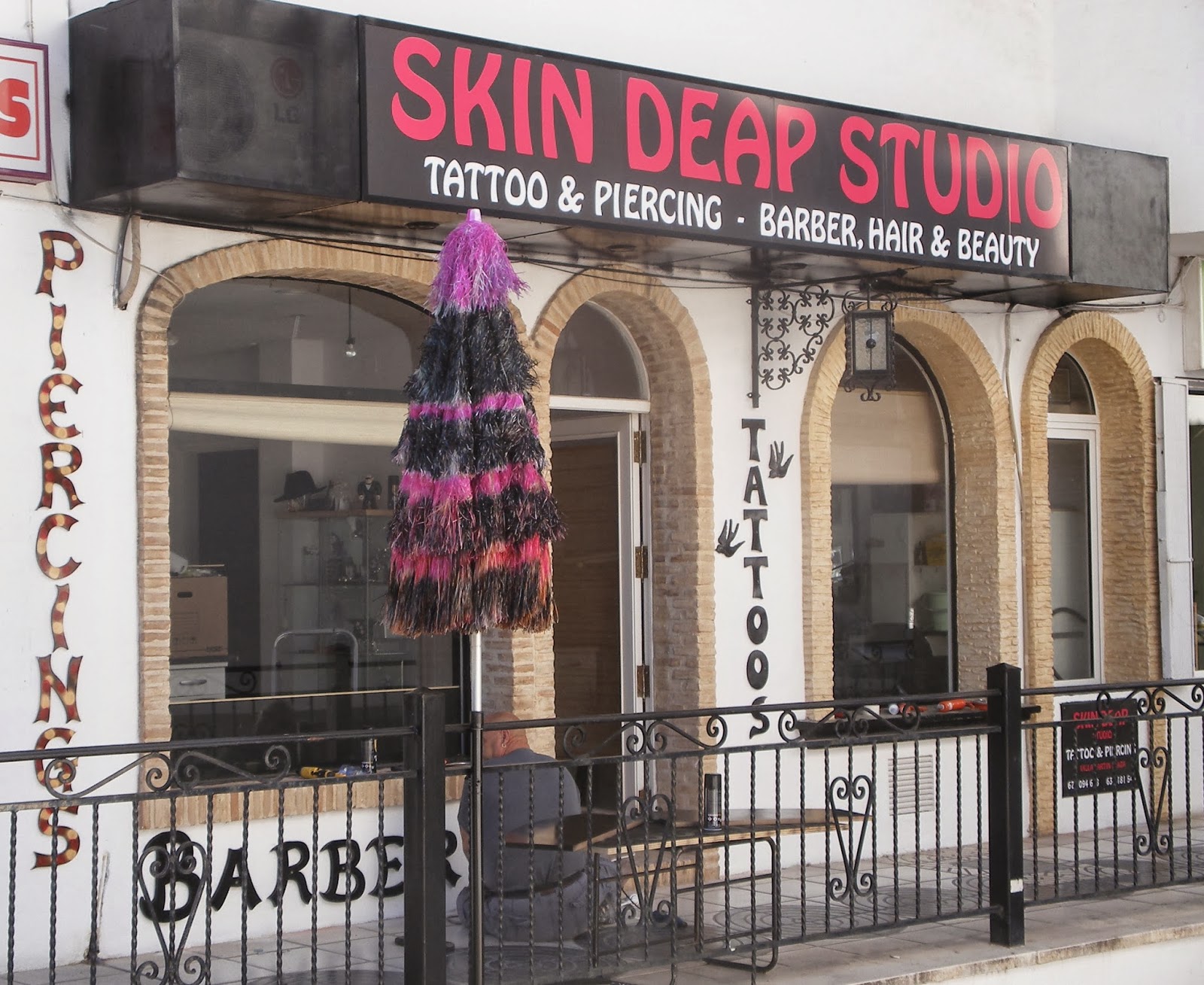 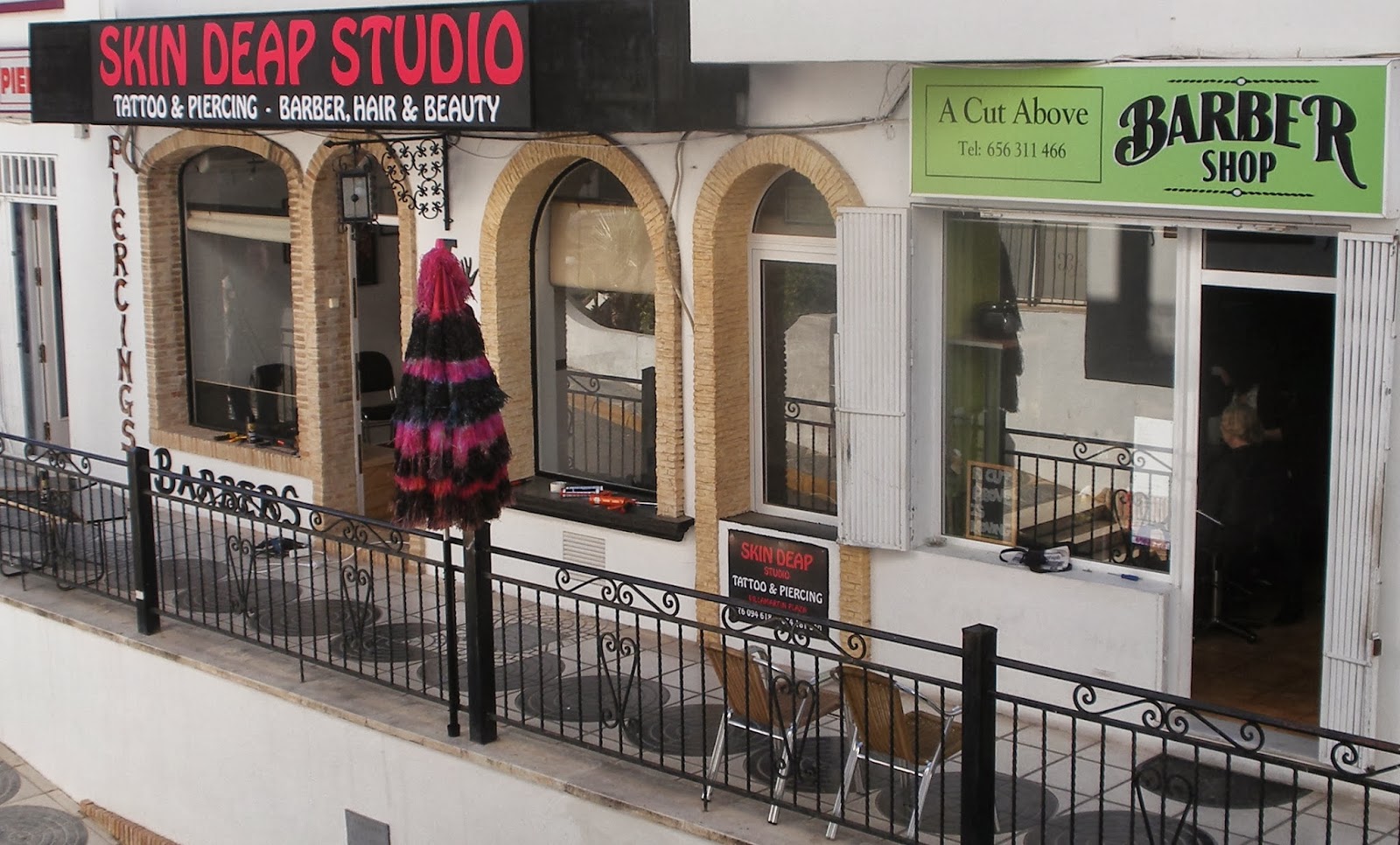 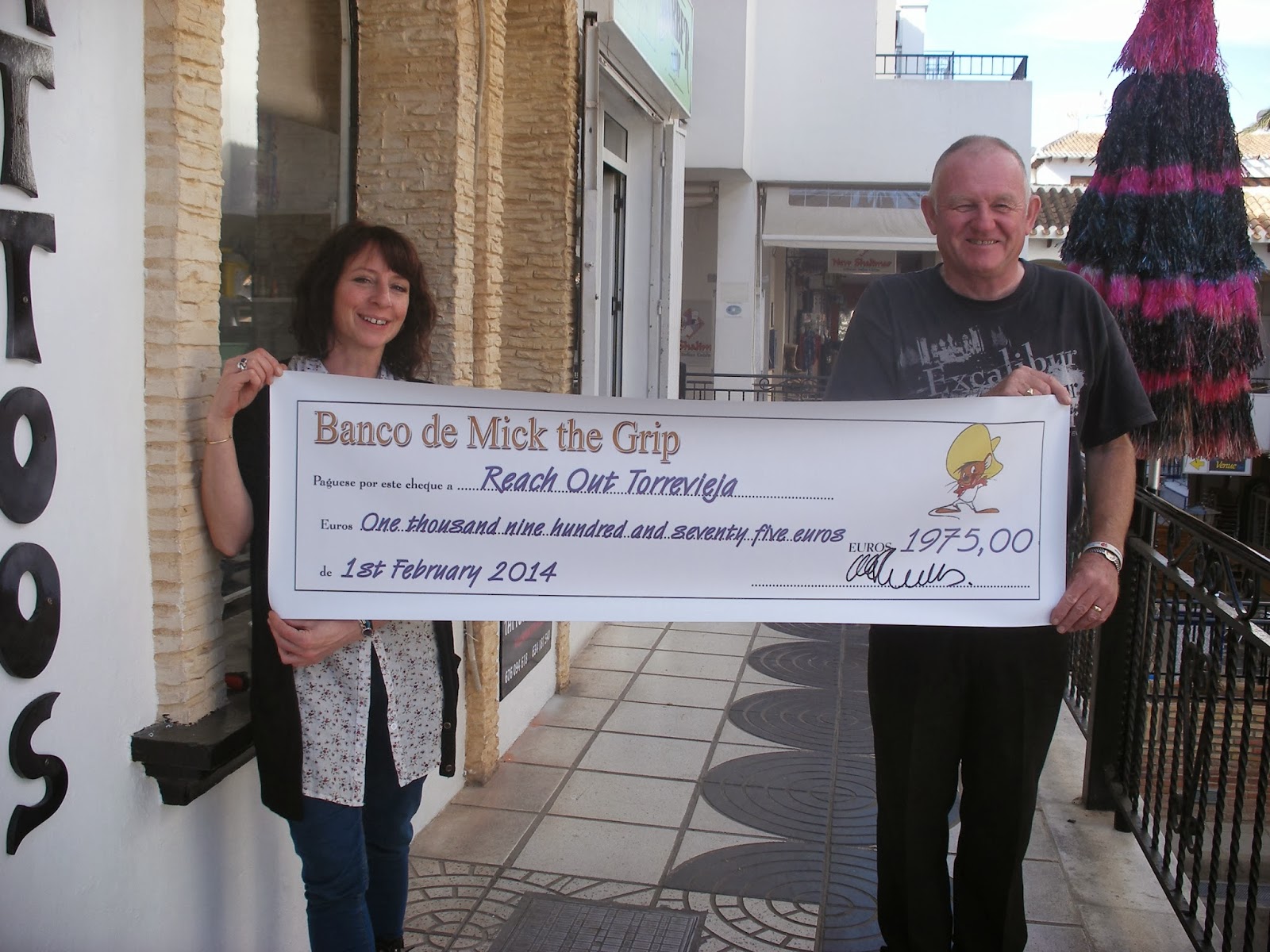 Listed below,in alphabetical order, are all the Bars, golf societies and individuals who sponsored the haircut, my grateful thanks to all of them.

Now that Sergio Garcia's caddie/girlfriend has returned to the day job, treasuring memories of the passionate kiss he gave her when he won the Thai Golf Championship, Sergio's regular caddie Neil Wallace had better learn the Spanish for 'Geroff!!' in case Sergio wins again.

If it wasn't for golf I don't know what I'd be doing.  If my IQ had been two points lower, I'd have been a plant somewhere.

Lee Trevino.
Posted by Mick The Grip at 15:46 No comments:

Bubba Watson obviously had his mind on other things when he missed that final putt on the 18th at Phoenix.
"We need to be under five hours tomorrow." he had told his fellow competitors the night before, "I want to watch the Super Bowl. Who cares about the golf? Under five hours tomorrow, boys."  (They didn't make it. The final round took five hours, 15 minutes. )
You have to be a multi-millionaire to rush your game to watch the NFL when there's a $1,100.000 prize at stake.